If you have any questions regarding Mount Agung and your stay at Bali Mandala, you can always contact us by E-Mail. 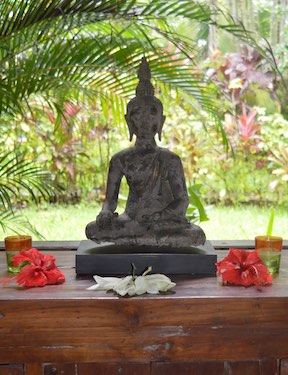 Would you like to take a brake from the noise of the world? Do you long for an undisturbed space of stillness and warmth? The Blue Mandala Silent Retreat invites people with or without meditation experience to linger in silence from April 1st onwards.

People who want to deepen their spiritual practice, artists who require stillness for their creativity, exhausted mothers or fathers who need a timeout, and all those who simply want to relax undisturbed and daydream for a while.

At Blue Mandala the power of silence enables people to gain the inspiration and confidence to face the challenges of our time with new courage.

News from Bali Mandala: Punia and the Dolphins

Dolphins have a very strong social behavior and sense of belonging. If necessary they even try to save a family member out of a fishing boat. This is what Punia, our maintenance employee and part-time fisherman experienced out at sea.

As Punia and his brother went out fishing on their little boat once again he didn’t expect something extraordinary to happen. Far out at sea they let the fishing net into the water to catch small fish … After a while they noticed that something was going wrong. They pulled the net back onto the boat and saw that a baby dolphin was entangled in the net. 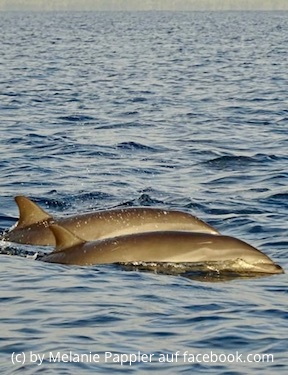 In Bali dolphins are regarded as “angels of the sea” and every fisherman knows they are mammals who need air to breathe. So they carefully tried to untangle the little dolphin. At first they wanted to avoid cutting the net – as this is a precious and expansive tool for the fishermen.

As they tried to free the dolphin with their bare hands it suddenly began to knock and hammer at their boat from all sides. The water gushed and their boat listed heavily. Punia and his brother experienced impressively how the other dolphins claimed the release of their family member.

They had no other choice but to immediately cut the net and release the baby dolphin into the water to its furious family.

Suddenly the knocking and hammering stopped – and the reunited school of dolphins disappeared into the ocean. Obviously relieved Punia and his brother looked at each other. They had saved a young dolphin – and most likely prevented their fisher boat from capsizing. 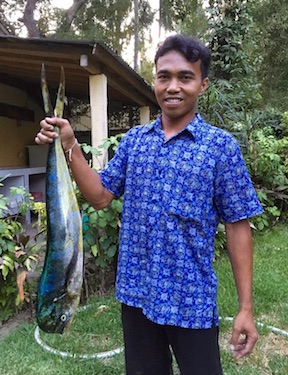 Punia – we introduced him in the last “Mandala News” shortly.

Both volcanologists and even the Indonesian President personally have recently stated that it is principally safe to travel to Bali. The highest alert level applied since January 5th 2018 only to the exclusion zone of 6 km around the volcano. Recently, the competent authorities reduced the alert level for the Mount Agung Volcano from “4” to “3” due to the generally decreasing volcano activities. This resulted in a further reduction of the size of the exclusion zone from 6 to only 4 kilometres. As a result many people who live nearby the volcano were able to return to their homes.

Nonetheless Mount Agung is still active. However, the experts consider a large eruption to be unlikely and rather assume that smaller discharges will occur in the shape of ash clouds (with eventually smaller or bigger repercussions on the air traffic) and around the lava dome, which has formed inside the crater of the volcano. Insofar the possibility for a real threat for people traveling to Bali and staying outside the 4 km restriction zone is close to zero. Moreover, the Bali Mandala is 34 kilometres away from Mount Agung – which is the multiple of a safe distance.

In this regard we find the view of Balinese priest Mangku Bon, who is considered to be the “Guardian of the Agung”, very interesting. Along with a team of volcanologists he studies the activity of the volcano since September 2017. He points out that Agung, contrary to other volcanoes of this kind (so-called “stratovolcanoes”), behaves atypically. Instead of the predicted great eruption it has rather produced a serious of smaller eruptions and has decreased its intensity so far. 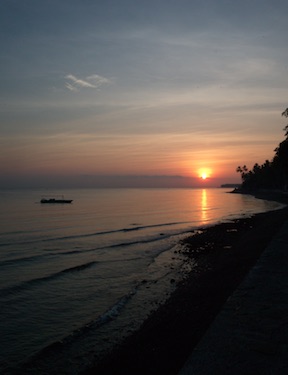 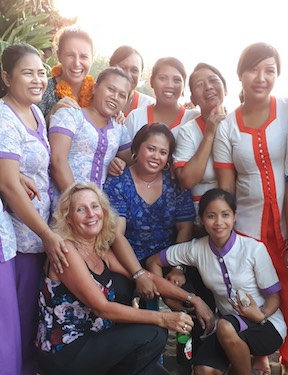